CHEMICAL PROCESSING & WHY IS IT SO IMPORTANT?

Bayer Process is a process used to extract aluminium oxide Al2O3 or alumina by treating powdered bauxite with hot caustic soda solution under pressure. The process was developed by German chemist, Karl Joseph Bayer in 1888.

Bergius Process is a process for making lubricants and synthetic fuel e.g. petrol from coal by heating a mixture of powdered coal and heavy oil or tar with hydrogen under pressure in the presence of a catalyst (iron, tin or lead). The process was developed by German chemist, Friedrich Bergius, who shared the 1931 Nobel Prize.

Bessemer Process is a method of converting pig iron to steel by blowing air through the molten metals to oxidize impurities such as carbon, silicon, phosphorus and manganese normally present in pig iron.

Bosch Process is a process used to make industrial hydrogen by passing steam over white-hot coke to produce water gas ( a mixture of carbon monoxide and hydrogen) which in the presence of a catalyst ( a metal oxide) reacts with more steam to liberate hydrogen and carbon dioxide. The process is named after the German Chemist, Carl Bosch (1874-1940). 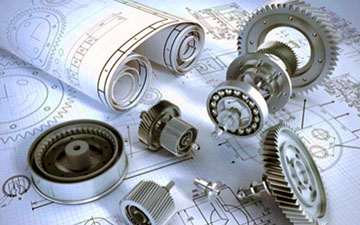 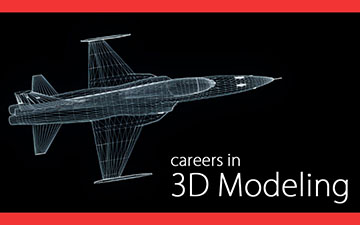 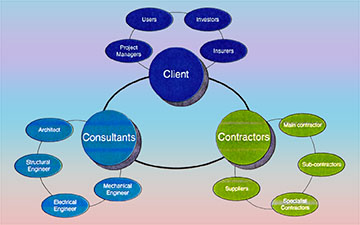 Support us and grow your business with us. My goal was to make technical information available with ready access to commonly needed resources, formulas, and reference materials while performing my work as a Technical Support Engineer. The businesses listed in Sponsored Content were carefully selected because of their uniqueness. However, non-sponsored selected ads will be rotated monthly.

ViBa Direct lacks an advisory board to do research and hire writers with the latest technical knowledge. Creating an effective advisory board requires more than an invitation. Without your sponsorship, this is not possible. If your company is interested in placing the company’s logo, brand, event invitation, and other promotional banners and flyers here or on any other pages, please reach out to Customer Service for more detail.

Clemmensen Reduction is a process used to convert aldehydes and ketones to the corresponding hydrocarbons by heating with amalgamated zinc and hydrochloric acid.

Down Process is a process of making sodium metal by electrolysis of molten sodium chloride. The molten sodium and calcium formed at the cathode are separated.

Frasch Process is used to extract sulphur from subterranean deposits in which superheated water is forced down the deposits which melts the sulphur under the ground. Molten sulphur is collected by forcing compressed air from another side. The process was developed by German chemist, Herman Frasch in 1891.

Gattermann Reaction is a process used to convert an aromatic amine in to the corresponding halogen derivative through diazonium salt formation using copper as a catalyst.

Haber Process is an industrial process of producing ammonia by the reaction of nitrogen with hydrogen in the presence of the catalyst.

Hall-Heroult Process (Hall-Heroult) is a process used to prepare aluminium by electrolysis in which alumina (aluminium oxide) is dissolved in cryolite (sodium aluminium fluoride) and electrolyzed. It was developed in 1885 in USA by Charles Hall and in France by P.T.Heroult.

Parkes Process is a process used for extraction of silver traces from lead ore galena. Molten zinc is added to molten galena and lead is separated leaving zinc-silver which on heating distils off zinc freeing the silver.

Oxidazation is the loss of electrons or an increase in the oxidation state of an atom by another atom, an ion, or a molecule.

Reduction is the gain of electrons or a decrease in the oxidation state of an atom by another atom, an ion, or a molecule.

Hydrogenation is to treat with hydrogen. It's a chemical reaction between molecular hydrogen (H2) and another compound or element, usually in the presence of a catalyst such as nickel, palladium or platinum. The process is commonly employed to reduce or saturate organic compounds. Hydrogenation typically constitutes the addition of pairs of hydrogen atoms to a molecule, often an alkene.

Hydrolysis is a chemical process/reaction in which a molecule of water ruptures one or more chemical bonds. The term is used broadly for substitution, elimination, and fragmentation reactions in which water is the nucleophile. Biological hydrolysis is the cleavage of biomolecules where a water molecule is consumed to effect the separation of a larger molecule into component parts. When a carbohydrate is broken into its component sugar molecules by hydrolysis (e.g. sucrose being broken down into glucose and fructose), this is recognized as saccharification. Hydrolysis reactions can be the reverse of a condensation reaction in which two molecules join together into a larger one and eject a water molecule. Thus hydrolysis adds water to break down, whereas condensation builds up by removing water and any other solvents. Some hydration reactions are hydrolyses.

Hydration is a chemical reaction in which a substance combines with water. In organic chemistry, water is added to an unsaturated substrate, which is usually an alkene or an alkyne. This type of reaction is employed industrially to produce ethanol, isopropanol, and 2-butanol. 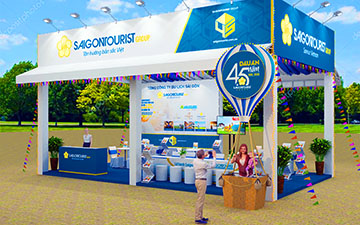 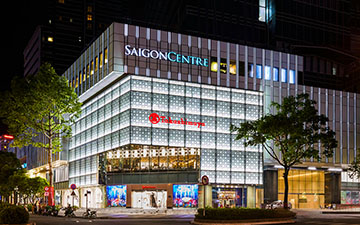 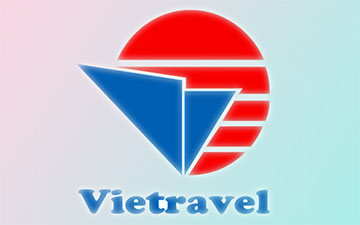 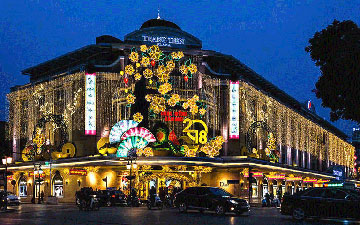 Halogenation is a chemical reaction that involves the addition of one or more halogens to a compound or material. The pathway and stoichiometry of halogenation depends on the structural features and functional groups of the organic substrate, as well as on the specific halogen. Inorganic compounds such as metals also undergo halogenation.

Alkylation is the transfer of an alkyl group from one molecule to another. The alkyl group may be transferred as an alkyl carbocation, a free radical, a carbanion or a carbene (or their equivalents). An alkyl group is a piece of a molecule with the general formula CnH2n+1, where n is the integer depicting the number of carbons linked together. Alkylating agents use selective alkylation by adding the desired aliphatic carbon chain to the previously chosen starting molecule. This is one of many known chemical syntheses. Alkyl groups can also be removed in a process known as dealkylation. Alkylating agents are often classified according to their nucleophilic or electrophilic character. In oil refining contexts, alkylation refers to a particular alkylation of isobutane with olefins. For upgrading of petroleum, alkylation produces a premium blending stock for gasoline. In medicine, alkylation of DNA is used in chemotherapy to damage the DNA of cancer cells. Alkylation is accomplished with the class of drugs called alkylating antineoplastic agents.

Esterification is the general name for a chemical reaction in which two reactants (typically an alcohol and an acid) form an ester as the reaction product. Esters are common in organic chemistry and biological materials, and often have a pleasant characteristic, fruity odor. This leads to their extensive use in the fragrance and flavor industry. Ester bonds are also found in many polymers. In chemistry, an ester is a chemical compound derived from an acid (organic or inorganic) in which at least one –OH (hydroxyl) group is replaced by an –O–alkyl (alkoxy) group. Usually, esters are derived from a carboxylic acid and an alcohol. Glycerides, which are fatty acid esters of glycerol, are important esters in biology, being one of the main classes of lipids, and making up the bulk of animal fats and vegetable oils. Esters with low molecular weight are commonly used as fragrances and found in essential oils and pheromones. Phosphoesters form the backbone of DNA molecules. Nitrate esters, such as nitroglycerin, are known for their explosive properties, while polyesters are important plastics, with monomers linked by ester moieties. Esters usually have a sweet smell and are considered high-quality solvents for a broad array of plastics, plasticizers, resins, and lacquers. They are also one of the largest classes of synthetic lubricants on the commercial market. Esters are widespread in nature and are widely used in industry. In nature, fats are in general triesters derived from glycerol and fatty acids. Esters are responsible for the aroma of many fruits, including apples, durians, pears, bananas, pineapples, and strawberries. Several billion kilograms of polyesters are produced industrially annually, important products being polyethylene terephthalate, acrylate esters, and cellulose acetate.

Polymerization is a process of reacting monomer molecules together in a chemical reaction to form polymer chains or three-dimensional networks. There are many forms of polymerization and different systems exist to categorize them. There are two main classes of polymerization reaction mechanisms: step-growth and chain-growth. In step-growth polymerization, each step may involve the combination of two polymer molecules of any lengths to form a longer polymer molecule. The average molar mass increases slowly and long chains are formed only late in the reaction. Step-growth polymers are formed by independent reaction steps between functional groups of monomer units, usually containing heteroatoms such as nitrogen or oxygen. Most step-growth polymers are also classified as condensation polymers, since a small molecule such as water is lost when the polymer chain is lengthened. Step-growth polymers increase in molecular weight at a very slow rate at lower conversions and reach moderately high molecular weights only at very high conversion. In chain-growth polymerization, the only chain-extension reaction step is the addition of a monomer to a growing chain with an active center such as a free radical or ion. Once the growth of a chain is initiated by formation of an active center, chain propagation is usually rapid by addition of a sequence of monomers. Long chains are formed from the beginning of the reaction. Chain-growth polymerization (or addition polymerization) involves the linking together of molecules incorporating double or triple carbon-carbon bonds. These unsaturated monomers (the identical molecules that make up the polymers) have extra internal bonds that are able to break and link up with other monomers to form a repeating chain, whose backbone typically contains only carbon atoms. Chain-growth polymerization is involved in the manufacture of polymers such as polyethylene, polypropylene, and polyvinyl chloride (PVC).

Your Support Can Help Us Grow. Thank you for visiting ViBa Direct. As part of our commitment to continually improving the visitor experience. I am writing to ask you for your support, such as listing your company here with us. Clearly there is a great deal of manufacturers and distributors including both mechanical and electrical. Unfortunately, I don't have enough manpower to meet everyone needs. But if you are interested in finding out how to support us. Please provide details about your products and reach out to Customer Service, as well as any offerings that you feel may meet customer needs. Thank you in advance for taking the time to read this. Feel free to contact us with any additional feedback you would like to share about your experience visiting ViBaDirect.com.